“Yet all too often, guilt is just another name for impotence, for defensiveness destructive of communication; it becomes a device to protect ignorance and the continuation of things the way they are, the ultimate protection for changelessness.”

Few exercises build perspective like reviewing the actions, approbations and forecast career trajectory of various socialites at the high point of their lives – or what one supposes to have been the high point; you never know – and their circumstances in the present. Sometimes it’s uplifting. Sometimes it’s humbling, or should be. And sometimes, especially in Ukraine, it highlights how certain characters are made prominent public figures despite their venal characteristics, snapping-turtle craziness or dangerous sociopathy, simply because they generated a lot of press in Russia and were perceived as being polarizing or otherwise undesirable figures in Russia. For their annoyance value, not to put too fine a point on it.

Nadiya Savchenko, for example. She was accused by Russia of acting as a spotter for Ukrainian artillery fire which killed two Russian journalists in eastern Ukraine in June of 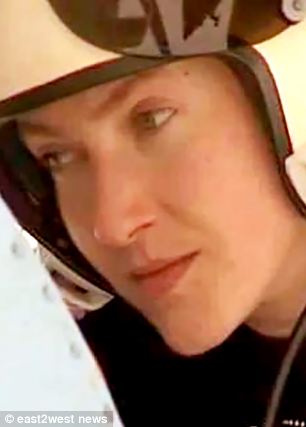 2014. Even now, her Wikipedia page remarks scornfully that she was ‘abducted from Ukraine’ an  hour before the journalists were killed, so somebody else must have dunnit. The celebrity-hungry British paragons of press quackery quacked endlessly about the ‘glamorous Ukrainian pilot’ who was a ‘role model for Ukrainian women’, featuring soft-focus cheesecake shots of her flawless complexion framed by a photoshopped pilot’s helmet (she actually did complete flight school and was qualified to fly aircraft, but the Ukrainian Air Force made her a helicopter navigator) and more or less uncritically rebroadcasting Ukraine’s position.

“‘By openly abducting citizens of Ukraine on the territory of their state, the Russian authorities not only violate all international norms but also exceed basic norms of decency and morality.’ Savchenko is regarded as a role model for women in Ukraine, having earlier served in Iraq in a peacekeeping mission. It is believed she was wounded in fighting before her alleged seizure by pro-Moscow fighters.” Truly heroic women always go down under a hail of bullets before the cretins who shot them capture them once they are too injured to defend themselves, after having fought like tigers. You know, like Jessica Lynch.

Whatever. Savchenko was incarcerated in Russia, and charged with her alleged part in directing artillery fire onto journalists, whom she knew or should have known are civilians within the context of international law.

Article 79 formally states that journalists engaged in dangerous professional missions in zones of armed conflict are civilians within the meaning of Article 50 (1). As such, they enjoy the full scope of protection granted to civilians under international humanitarian law. Journalists are thus protected both against the effects of hostilities and against arbitrary measures taken by a party to the conflict when they fall into that party’s hands, either by being captured or being arrested.

During her trial, Savchenko acted out like she had taken classes from Yulia Tymoshenko. She flipped the bird to the Russian court, and loudly sang the Ukrainian anthem as the verdict convicting her was read out. The western press was euphoric, couldn’t get enough of her or her incredible courage. Nadiya Savchenko was Ukraine.

Federica Mogherini demanded her immediate release. While Savchenko was detained, before she ever came to trial, Ukrainians elected her to the Rada. Although she was sentenced to 22 years imprisonment (under which terms she would not be released until 2038, unless she was credited with time served in pretrial detention), a deal was struck between Russia and Ukraine in the same year she was sentenced, and she was released to Ukraine. Ukrainians went wild. Petro Poroshenko, then the country’s President, flew in his own presidential aircraft to Russia to pick her up, and return triumphantly with her to Kiev. Sorry; Kyiv. The delight of partisan outlets such as Euromaidan Press made it clear that it was not so much Savchenko, but the perceived fury and confusion of Russians over her release, that made life so sweet.

Alas, the bloom was soon off the rose. A considerably more…ummm…buxom-looking Nadiya Savchenko pranced around barefoot at the airport and, the excitement over for the moment, took up her official duties.

And then things went sideways. It quickly became evident that Savchenko was…a little odd. Her calls for direct negotiations with the breakaway eastern territories struck an anti-Ukrainian-government note, and the foam-spattered nationalist websites that had proclaimed her the ‘Joan of Arc’ of Ukraine quickly grew disillusioned. Behavior which had been so unutterably cool when she was performing in court in Russia began to look a little…well, I don’t quite know what to call it. Suspicious, I guess. Of course, Euromaidan Press, the nutjobs who just got done rejoicing over the return of the hero, had an answer – it was a covert operation by Russia’s ‘special services’. And then, just like that, I be go to hell if Savchenko did not turn out to be a crazy traitor who hatched a plot to blow up the Rada. Without the slightest trace of irony, that latter reference announced that she had been convicted in a ‘show trial’ in Russia, but offered no speculation on the legal proceedings which had seen her go from a national hero to a crackpot menace to society. That, apparently, was completely above-board and transparent.

And with that, I think we’re done with Ms. Savchenko. This post is not really about her. I just wanted to establish the peculiar politics of Ukraine, the juvenile appointment of the mentally ill to public office, to the constant accompaniment of sidelong glances and muffled giggles at how annoyed it makes Russians. Because Savchenko wasn’t a one-off. No, it’s just a symptom of the instant-gratification idiot posturing that has kept Ukraine in the poorhouse since its ‘liberation’ in an American-backed coup. It’s part of a pattern, whose next subject has just stepped once more into the limelight.

Longtime readers will remember her for her antics at Euromaidan. Photos showed the merrily-laughing activist perched atop a door as her comrades streamed beneath her into the building in their saucepan helmets, brandishing clubs with spikes driven through them. Some might have intuited even then that she had an appetite for violence, and enjoyed an atmosphere of chaos and lawlessness. Wearing a bicycle helmet for protection – I mention that in case people still think it protects against brain damage – Chornovol ‘stormed’ a van parked on the Maidan during the height of the activist shitstorm, in the apparent belief that it was a communications vehicle for some Russian entity, either military or simply a broadcaster. She smashed a roof vent with a cobblestone, and climbed inside, ostensibly to ‘prevent the destruction of evidence’. The vehicle turned out to be a communications intelligence van belonging to the SBU, the Ukrainian Intelligence Service. But it must have been fun, that smashing stuff; probably reminded her of the good old days in UNA/UNSO, the far-right organization she joined at 17, which ultimately merged with Right Sector at Euromaidan.

As she carried on with her investigative-journalist pursuit of then-President Yanukovych and his ministers and officials, a curious incident took place – her car was allegedly run off the road by a dark-coloured Porsche Cayenne, and the occupants allegedly chased her into a field where they beat her nearly to death. Chornovol’s dashcam allegedly recorded the roadside portion of the event, in which her own vehicle was forced off the road, although for reasons unexplained the timestamp suggested it had taken place in 2010. She was hospitalized with injuries that a parliamentary member reported would require at least three operations to put right, and that was the optimistic case, while one of her doctors reported the orbit of her right eye was so badly damaged it might not be correctable, while her husband was certain the attack was meant to kill her. The attack itself was alleged to have taken place early in the morning on Christmas Day, December 25th. Badda-bing, badda-boom, the alleged conspirators were arrested the same day.

In a breathtaking testimonial to the excellence of medical care in Ukraine, not to mention the tempo of conducting at least three operations, she was transferred out of intensive care just 5 days later. By January 7th, the hospital discharged her, although she refused to leave. By January 19th she was able to appear in public with just a sporty little nose-splint.

The new government which appointed itself was so taken with Chornovol’s git-‘er-done self-starter attitude and grit that it appointed her to the head of the government’s Anti-Corruption Committee, in March of 2014. By August she had had enough, and resigned, claiming, “there is no political will in Ukraine to carry out a hard-edged, large-scale war against corruption.” Probably nothing as much fun as climbing on the roofs of people’s cars and bashing your way in with a rock, but you have to admit she had a point.

Well, what to do now? Her husband was killed fighting bravely for the New Ukraine, shot dead by a sniper, they say. His death left her a single mom with two small children. So 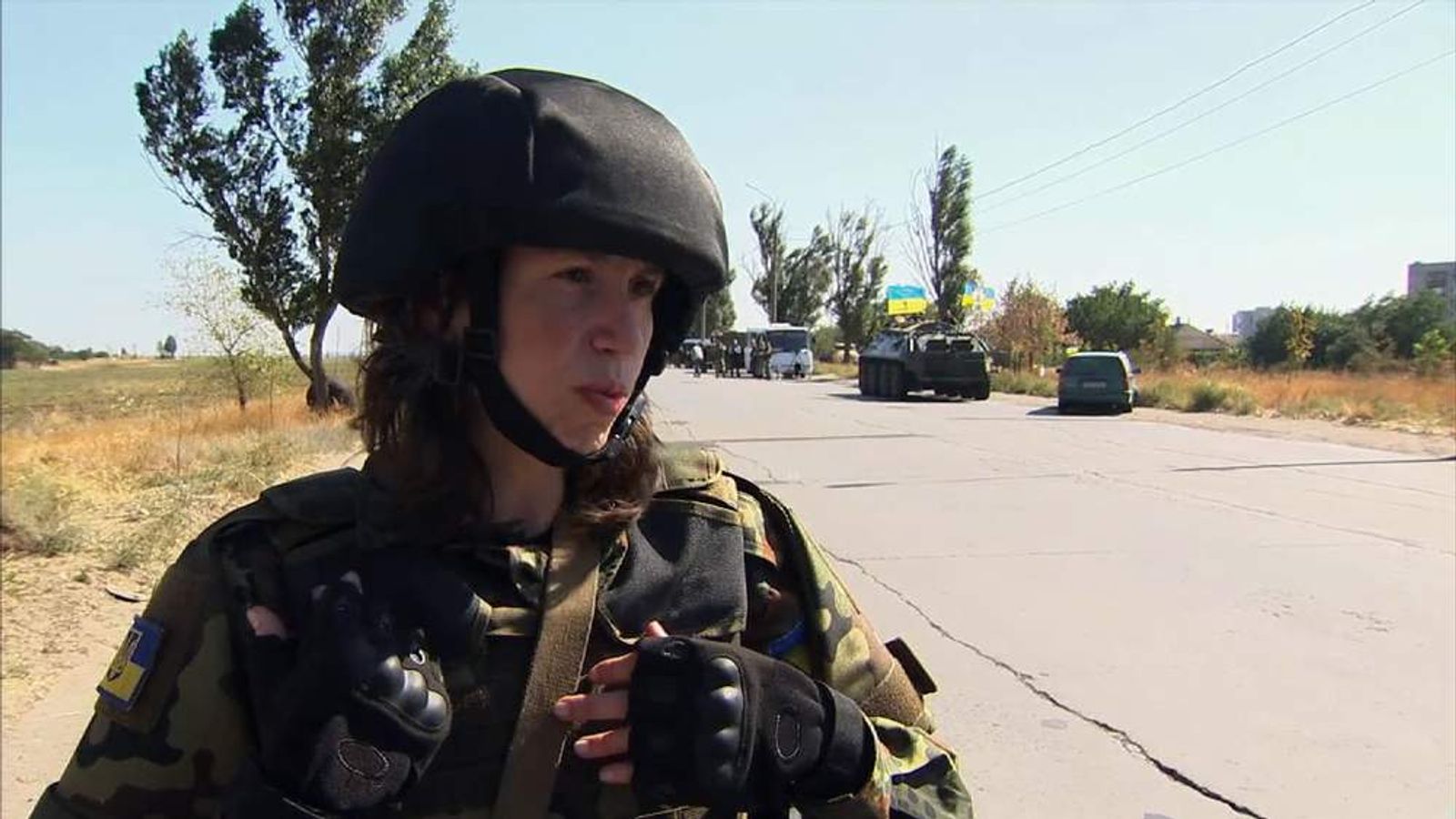 she decided to become a soldier herself. She was having a busy year, but it is not unusual these days to change careers frequently. Meanwhile, two of her three accused attackers were released with only time served. Not long thereafter, the third helpfully killed himself in a temporary detention center under the supervision of the Ministry of Internal Affairs, where he was being held for one day following extradition from Belarus. Done and dusted.

And then, just when her affairs were in order and she could devote herself to a lifetime of opposing Putin and fighting corruption in Ukraine in a real hard-edged, large scale war – BANG! The state decided she is a murderer.

Not just a killer. A murderer, with malice aforethought, planned and executed. “According to preliminary information, on February 18, 2014, the suspect led the actions of a group of persons and directly participated in an arson attack on a building on Lypska Street in downtown Kyiv, where the office of one of the political parties was located. A worker, born in 1948, who was in the party’s premises died in the fire. He was identified as Volodymyr Zakharov.” A raid on her home conducted two days ago allegedly turned up evidence of firearms and ammunition.

There are obvious parallels between the career trajectories of Savchenko and Chornovol. Both were manifestly unsuited to public-service careers and actually are too squirrely even for the military. Both were elevated to lawmaker status in Ukraine for political visibility; Savchenko because she was useful for poking Russia, and Chornovol – whose persecutors and attackers were allegedly ‘titushki’, the seen-everywhere-never-caught provocateurs in league with the devil Yanukovych, and therefore connected to Putin – because the imagination of the west was captured by her supposed reckless courage, which turned out to be just a cover for a deranged and criminal mind. Her supervision and direction of burning at least one person alive 6 years ago must have been, at a minimum, suspected through her elevation to oversight of the nation’s anti-corruption affairs. It’s pretty hard to imagine why no criminal case was opened until end-March of this year.

But for some reason, it didn’t matter then, and it matters now. Paging Federica Mogherini.

360 thoughts on “Where Are They Now? Ukrainian Patriot Edition.”