Once upon a time, there was a Norwegian boy named Jens, from the town of Nato. Jens’ work was mostly tedious and boring, and often people did not pay very much attention to what he said or did – so, every once in awhile, he liked to liven things up, see if he could get a reaction, generate a little excitement. He would shout, “Bear!!! I saw a bear, right through those bushes! He is coming to kill us all!!”

At first the townspeople of Nato would rush to collective-defense readiness, shouting, “Get away, bear!! Go back to where you came from!! Leave our lands!!”, pointing their pitchforks and whatever weaponry they could carry in the direction Jens had said the bear was last seen. But after repeated alarms, the townspeople grew apathetic and resentful of Jens’ attempts to scare them, since no bear was ever actually sighted by any of them, and eventually they would not come running any more when he shouted his warnings. Consequently, nobody responded the day the bear really showed up, despite Jens’ frantic screams as the bear grabbed him and prepared to gobble him up. Or down, as the case may be. Fortunately for Jens, he tasted like frozen pizza (Norwegians are Europe’s highest per-capita consumers of this exotic dish), and the bear spat him out after only chewing on him a little, and went away. Jens learned absolutely no lessons from the experience, and went on exactly as before.

I suppose if there is a moral to this story – and all folk tales traditionally have a moral – it is that not everyone in Nato was an idiot, although there was a vigorous and vocal idiot demographic. But even idiots grow weary of constantly being prodded to take time from their busy lives to listen to alarming scary tales, and to contribute some of their salaries or savings toward fighting off imaginary threats. By the time Jens decided to change it up a little (although there is no evidence such a decision was motivated by anything more than wanting to regain lost attention), nobody was listening.

According to this optimistic headline, NATO – as personified by its Secretary-General, Jens Stoltenberg – desires fewer tensions and an improved relationship with Russia.

Well, that’s encouraging, surely? After all, relations could hardly be much worse short of war. At various junctures over the past couple of years, NATO has accused Russia of cheating in the Olympics, menacing the world’s civil aviation with its long-range aircraft by their act of leaving Russian airspace, rigging the American elections so the country was left with a President who makes Billy-Bob ‘Sling Blade’ Thornton look like a model of stability, and poisoning washed-up intelligence agents in Britain with Novichok, a nerve agent so deadly I shall probably have to boil and sandblast my tongue for having said its name.

Well, mustn’t dwell on the past, what? Let’s see what’s in this generous olive branch. Take a moment and read it through, and then come back and we’ll talk about it. For those who have already read it, enjoy this musical interlude while we wait for the rest to catch up.

Finished? What did you think? Yeah; I got that, too – where in that tale of how NATO must be able to dictate to the bear from a position of strength was there anything to do with reconciliation and mending fences?

And in this, too, there is a continuation of previous behaviour which has led to nothing but Russian suspicion of westerners, and a conviction that they are all chock-full of shit and not to be trusted. In the instances I cited above, the west first broadcast all-caps accusations in screaming headlines – Russia cheated in the Olympics and used doped-up cyborgs to win all its medals. It stole the American elections for Donald Trump. It poisoned the Skripals, and got such a kick from it that it has sent its assassins back at least once since then to poison more people who are not even former Russian agents (that we know of). The west then claimed to have proof; so much proof you wouldn’t even believe it – pick your superlative. Irrefutable, inescapable, undeniable absolutely no-bullshit proof, and lots of it.

You know where we’re going, don’t you? In the case of the Olympics, and international sport in general, the west provided nothing at all that could be properly called proof, but always continuing to maintain it had it, and lots of it – just you wait and see. Star witness Grigory Rodchenkov, PhD in serial fabrication, was discredited over and over, and had a bit of a meltdown during testimony before the Court of Arbitration for Sport (CAS). Most of the medals confiscated from victorious Russian athletes had to be returned, and recently RUSADA was re-instated for drug-testing functions, to hoarse screams of rage from USADA head Travis T. Tygart. All these actions took place without Russia ever accepting the conclusions of the infamous McLaren Report, which was said to be a deal-breaker – no admission of guilt, no reinstatement. Yet Russia was reinstated. Draw your own conclusion from that, but I suggest it had much to do with there not ever having been any evidence, ironclad and unambiguous or otherwise. The western response, as typified by the United States, was the announcement of intention to form a new agency that could be relied upon not to fail embarrassingly as WADA did at doing its job – getting the Russians out and keeping them out and in as much disgrace as can be imagined.

Jens Stoltenberg himself had much to do with the broadcasting of the silly meme that Russian military aircraft on sovereignty patrols, intelligence-gathering or just taking a look at what’s going on in the world from the vantage point of international airspace are a danger to civil aviation. Back in 2014, he told us himself, “Russia’s growing military presence in the skies above the Baltic region is unjustified and its aircraft regularly fail to file flight plans or communicate with air controllers, and fly with their transponders off, posing a risk to civil aviation.”

The ‘Baltic region’ is right next door to Russia; want to see a map? That’s like a complaint that too many American aircraft are flying over Canada. 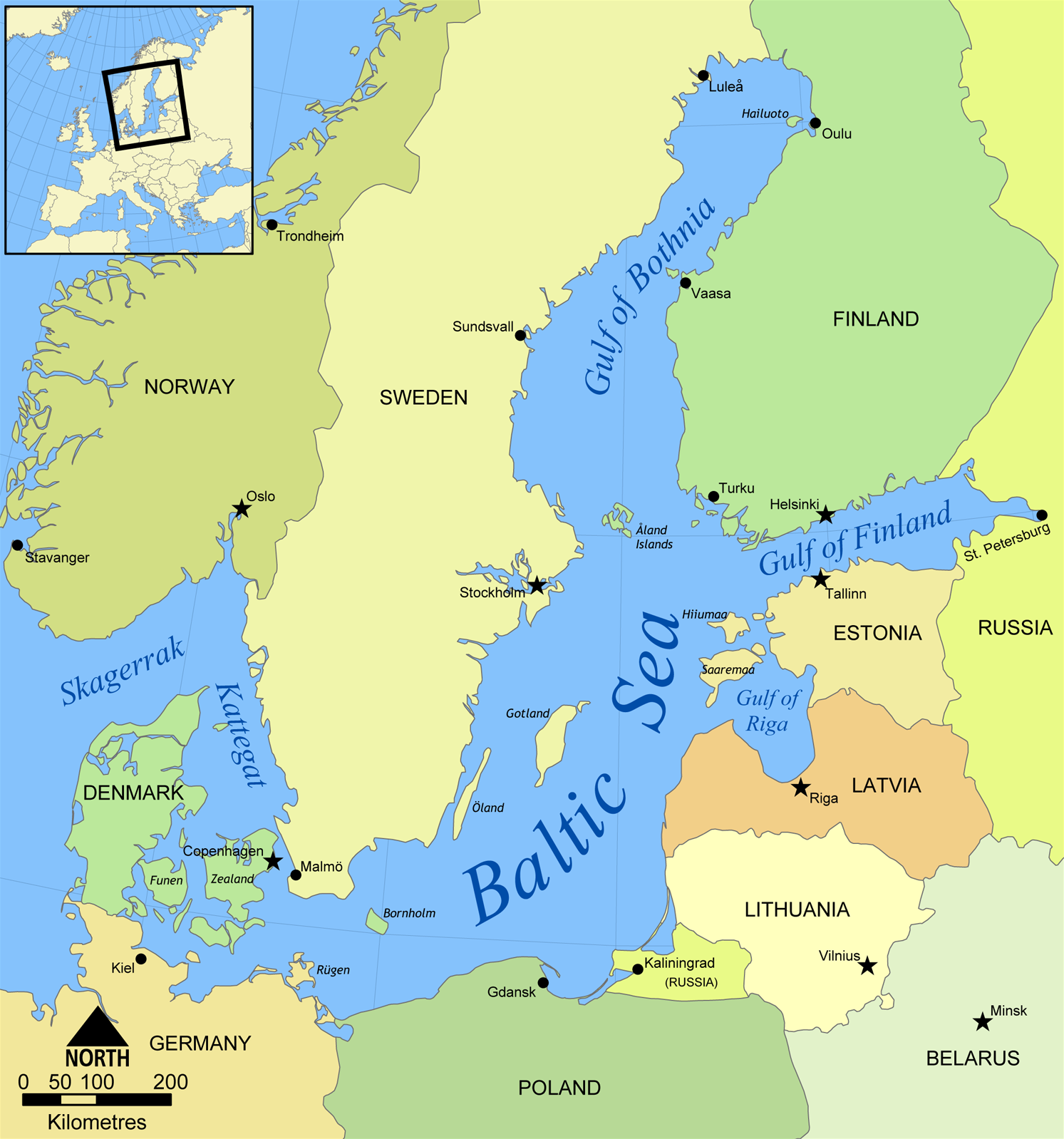 For the uninitiated, military aircraft of all nations typically do not fly with their IFF transponders on (squawking an international code; the west cannot read Russian national IFF anyway) unless they want to tell everyone with the equipment to read it that they are a military aircraft, and of what type. Military aircraft of Russia do not file flight plans, before departure, with NATO, because NATO is the enemy. I’m sure I don’t have to explain what it does to your likely chances of success on a military intelligence-gathering patrol if you tell the enemy what time you plan to leave and the route you will take to get there and back. Do NATO military aircraft file a flight plan with the Kremlin? Ha, ha; as if.

I’m not even going to get into the stupidity marathon of the Skripal affair and subsequent ‘poisonings’. Suffice it to say the British came up with a perfume bottle with a whacking great atomizer on top that looks like it was made by a talented five-year-old at Science Camp, while the resident British Chemical-Warfare expert – Hamish de Bretton-Gordon – told us all that it could only have been produced by Putin’s top scientists in their most sophisticated and top-secret lab. The Chemical-Warfare genius told the British newspapers that it must have cost the Kremlin ‘thousands’ (of pounds, presumably) to engineer the bottle from scratch. If that means melting the sand to make the glass, maybe, but making fake bottles has come quite a long way since the days of the Pharaohs. I don’t want to get into it any deeper than that, because I don’t want to insult the British people, many of whom I like. Besides, it looks to me to be more than probable that it is simply a regular Nina Ricci perfume bottle, not specially-engineered at all by anyone, with this stupid-looking ‘Thunderbirds’ plastic doohickey on top. The bottle certainly could not have been high-strength unbreakable ceramic as the experts suggest, because it supposedly broke in the hands of the hapless Charles Rowley, which is allegedly how he was exposed. If the British government is ever thinking of post-government employment, detective-novel authorship is out.

So you would sort of expect that a change of heart, such as the desire for better relations, would be marked by acknowledgement that things got a little crazy there for awhile, some things were said that probably should not have been, hope you can understand the pressures I was under at the time, bla, bla bla.

Not a bit of it. Instead, Stoltenberg blabbers that when NATO sees Russia behaving more aggressively and developing new weapon capabilities, why, NATO must ‘adapt’. Because Russia’s alleged behavior is “a pattern developed over years which needs a response.” NATO can only engage in dialogue with Russia, he says, when it is bristling with enough modern weapons that Russia knows right away it is not here to take any shit. Tell you what, Jens – if the missus and I ever have a major fight, remind me not to send you with my making-up offer.

The rest of NATO’s supposed let’s-be-friends-again overture is stiff with threats and jabber about more bases, more weapons, more capability. We can be friends with Russia again when it is clear to them that we could slap them into next week if they don’t accept our offer. Tell us again how you wooed Mrs. Stoltenberg; did you straightaway get her in a hammerlock and grind her cheek into the dirt, grunting, “Take me as your significant other, or it will be the worse for you!!”

I wouldn’t make any plans for the lifting of sanctions and any sort of return to sanity in the near future – not while the west remains unable to get over its ridiculous superiority complex, and its conviction that it holds all the cards in its showdown with an unschooled barbarian who only understands force and strength.